What Is Parkinson's Disease Psychosis? 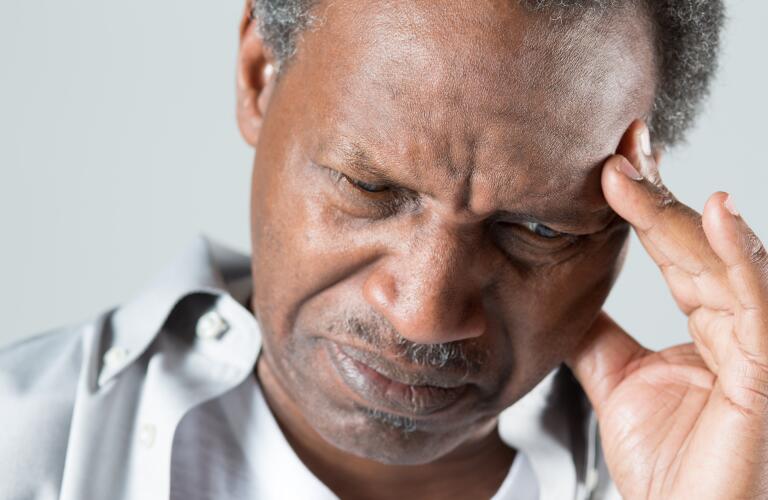 About one million people in the United States are living with Parkinson’s disease, a condition of the nervous system that causes tremors, muscle stiffness, and movement problems. More than half of them also experience psychosis in the form of hallucinations, illusions, or delusions. This means you may be convinced you see something that isn’t there or fiercely believe something that isn’t true. The longer you live with Parkinson’s disease, and the more advanced the disease becomes, the more likely you are to experience Parkinson’s disease psychosis (PDP). It can be frightening for you and those around you. Knowing the symptoms, and sharing them with your caregivers, is the first step toward effective treatment.

Because Parkinson’s disease is a condition of the nervous system, a neurologist is a key member of your healthcare team. If psychosis occurs, mental and behavioral experts will be called on to address the emerging psychiatric aspect. During diagnosis and treatment of Parkinson’s disease, you may hear the term “neuropsychiatric” to indicate that both your body and mind are involved.

Essentially, psychosis is a break with reality. You may or may not be aware you are “losing touch.”

When you hallucinate, you perceive something that isn’t real through any of the five senses—seeing, hearing, tasting, smelling, or touching. Unlike a nightmare or daydream, hallucinations occur when you’re fully awake. For people who have Parkinson’s disease psychosis, hallucinations are usually seen, and visions of people and animals are common. When you first experience hallucinations, you are more likely to recognize them as such than when you have had them for a while.

When you have illusions, you perceive something that is real, but confuse what it is. For example, you may mistake a floor lamp for a person you can talk to.

While hallucinations and illusions have to do with things outside of yourself, delusions are unfounded internal beliefs you cannot help. Paranoia is one example. You may become convinced a loyal partner is cheating on you or a trusted caregiver is trying to poison you.

Treating Parkinson’s disease psychosis is a balancing act, and a holistic approach is important. You don’t want your psychiatric symptoms to get better while your physical symptoms get worse—or vice versa.

Antipsychotic medications tend to regulate one of two chemicals in the brain—dopamine or serotonin. Medications that target dopamine can help your mood but can harm your motor function, because dopamine influences both in different ways.

Other medications that target serotonin are considered safer for those with Parkinson’s disease, improving mood without worsening motor function. One study of a treatment targeting serotonin receptors showed psychotic symptom improvement in as little as two weeks.

Keep in mind all treatments have benefits and risks, and each person reacts to treatment differently. Your healthcare team should help you weigh your options from both a neurological and psychiatric perspective. You’ve done yourself a great service by going into the conversation better informed.