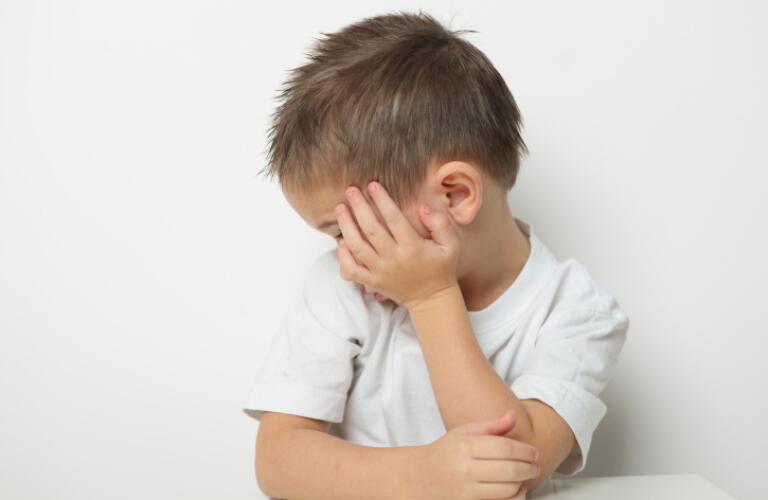 Sensory processing disorder (SPD) affects approximately 5 to 16% of school-aged children. Yet recognizing SPD can be difficult, in part because SPD can include over-sensitivity and under-sensitivity to sensory input, such as smells, tastes, sights and sounds. A child may exhibit extreme sensitivity in just one sense (hearing, for instance), or in more than one sense. Unlike most physical disorders, your doctor can’t run a diagnostic test to see if your child has SPD.

Parents are often the first to notice that something is “off.” Here are seven symptoms that commonly occur in children with SPD:

Hypersensitivity to light and sound are two of the most common–and obvious–symptoms of SPD. For a child with SPD, bright lights and loud sounds are simply overwhelming. The sensory input is more than he can comfortably handle, so he may try to avoid the situation or have a very strong, out-of-proportion-to-the-situation response.

Some kids even exhibit intense reactions to strong smells.

Resistance to “scratchy” or uncomfortable clothes

Some kids with SPD will only wear a certain kind of sweatpants, for instance. For these kids, the stiffness of a new pair of denim jeans isn’t simply uncomfortable; it’s intolerable. A child with this kind of hypersensitivity can’t “forget about” or “get used to” the feel of a clothing tag rubbing her neck—for a child with SPD, the sensation is a constant, intolerable annoyance.

That’s why many kids with SPD resist tight-fitting clothing, or insist on clothes with no tags.

Many children with SPD struggle with proprioception, which is an awareness of where your body is in space and what it is doing.

That’s why clumsiness can be a symptom of SPD. A child who bumps into objects or other people more often than would be expected might have SPD. Poor posture (including a “floppy” appearance) and poor motor skills can also be symptoms of SPD. So can routinely using more or less force than necessary to achieve tasks. A child with SPD, for instance, might slam objects down, rather than placing them down when finished.

Some children with SPD recoil from touch. They don’t like to be hugged or kissed. They might cringe when a pet’s tail tickles their shins. Or, they might express an extreme dislike for the feel of mud between their toes, or grass on their bare feet.

On the other hand, some kinds with SPD are hyposensitive. They don’t respond to touch unless it’s intense, so they might not respond to a gentle tap on the back, but love deep back massages. A child who is constantly touching others or fidgeting with objects, even when it’s not socially acceptable to do so, could be exhibiting a symptom of SPD.

Hyposensitivity to sensation also causes some kids with SPD to seek movement and sensation. Some children with SPD love swinging and jumping. Some twirl around and around, nearly obsessively. Others crave rough-housing, tackling and wrestling. And some constantly up the bar in sensation-seeking, climbing higher and higher, for instance, or progressing from simple bike riding to riding a bike off improvised ramps.

Lack of sensitivity to pain

Some children with SPD have a high pain tolerance. They may respond with a shrug to an injury that brings other kids to tears, or may show up with bruises and cuts they don’t even remember getting.

Transitions are tough for all children, especially young ones, but kids with SPD may exhibit an extreme reaction—such as a temper tantrum, or prolonged screaming—in response to a transition from one situation to another.

If these symptoms sound familiar to you, talk to your child’s healthcare provider. He or she may want to perform an exam to rule out other possible causes for these symptoms. Your provider can also help you develop a plan to manage your child’s symptoms.